We kicked off the 2020 Fall State Tournament Season this weekend with our Junior High Girls Volleyball teams competing for the title of Divisional State Champions.  Let’s see how our athletes did! 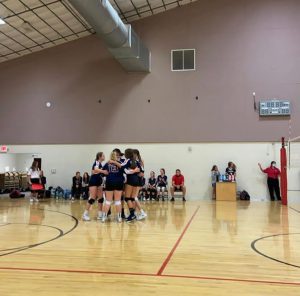 To start off the Division 1 tournament on Nov 7th, Val Vista Academy defeated Ville De Marie and Leading Edge Academy Gilbert got the better of Legacy Traditional E. Mesa.  The teams continued into the semifinals with Val Vista Academy vs Leading Edge Academy Gilbert with the former taking the title of Division 1 State Champions in the finals. Congrats to all participating teams and to our State Champs!